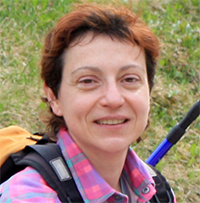 Genetic regulation of gene expression involves a complex network of interactions not only at the level of transcription but also at the levels of mRNA processing, export and quality control. In higher metazoans, most protein-coding genes are transcribed as primary transcripts (pre-mRNAs) that are composed of several coding exons, separated by intervening regions (introns). The maturation of pre-mRNAs (pre-mRNA splicing and 3’ end polyadenylation) constitutes a critical step for the regulation of gene expression. During RNA splicing cells may remove and splice together different segments of RNA from the same gene, resulting in alternatively spliced gene products. In many cases, the alternative spliced products can have very different biological effects. Moreover, defects in the splicing process play a central role in many human diseases. Finally, correct processing is essential for the export and the subsequent translation of mRNAs in the cytoplasm.

Our work concentrates on the roles of the SR family of proteins in the regulation of AS and in mRNA export. We are particularly interested in the mechanisms of regulation of AS in response to oxidative stress. Oxidative stress has been implicated in several human diseases including neurodegenerative diseases and cancer. Alterations in gene expression induced by cellular stress such as oxidative stress are mediated through the interplay of multiple signal transduction pathways. AS can be regulated by cellular signaling pathways and both the activity and the intracellular distribution of SR proteins can be affected by their phosphorylation status. We have established a system where we can stimulate cells and test changes both in splicing regulatory proteins and in the splicing pattern of several pre-mRNAs.